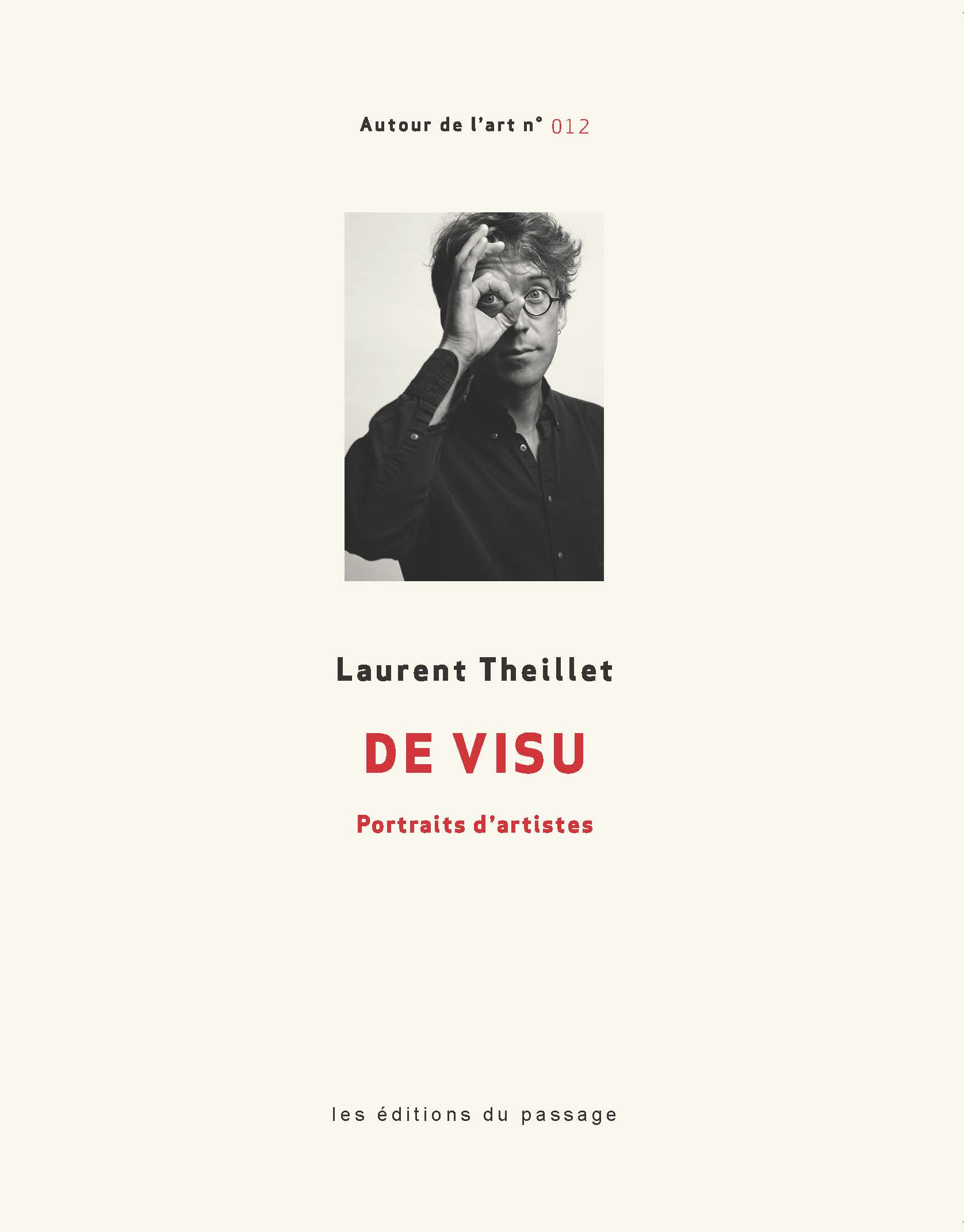 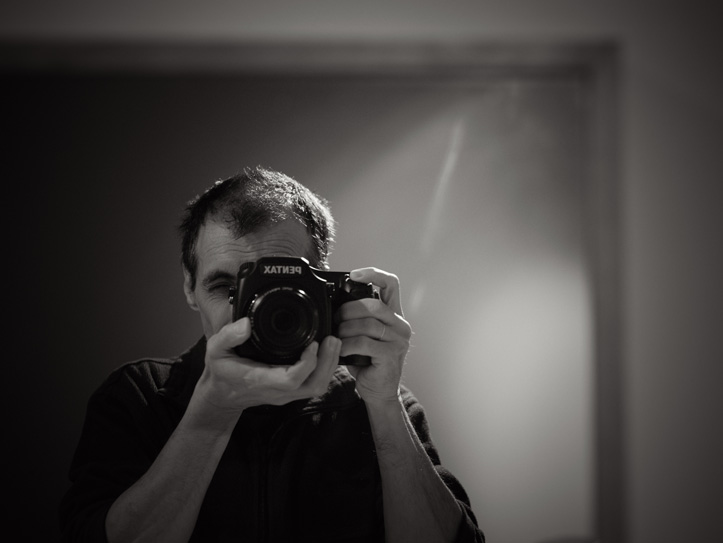 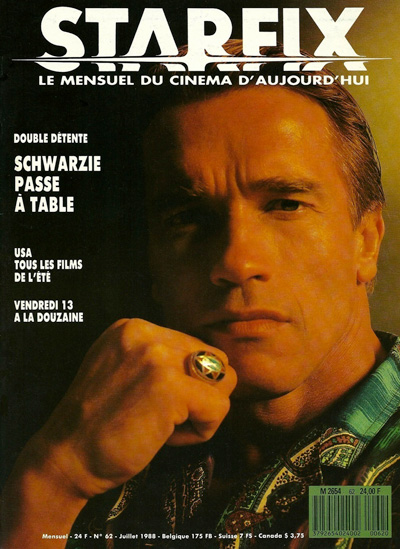 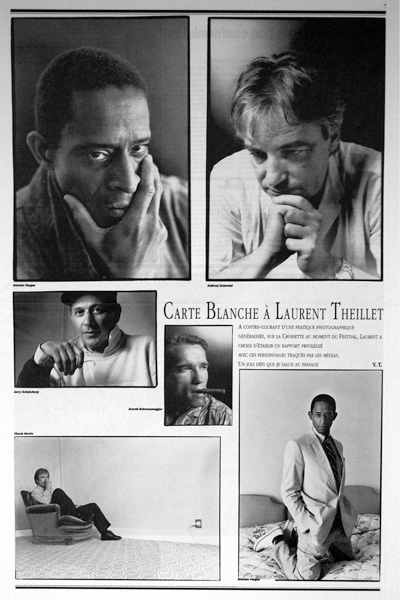 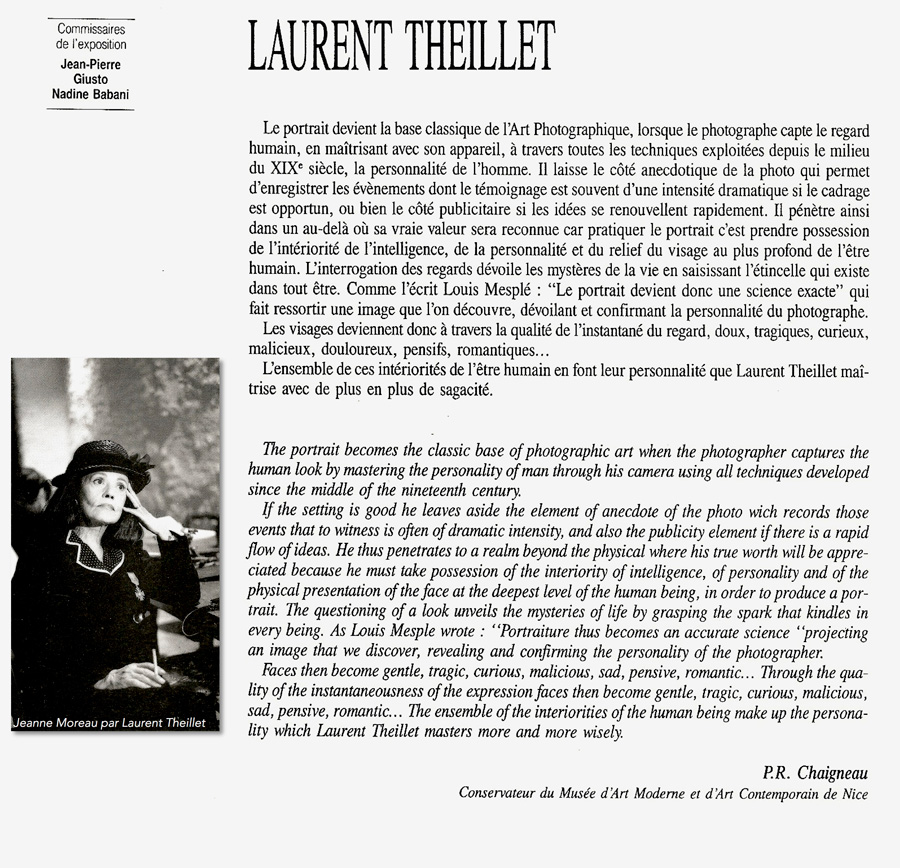 Laurent Theillet is a photographer and writer. Born in France, he became Canadian in 2009.

He began his career in photography in 1985 in France, where he started his own photography studio. A specialist in portraiture, he worked for a variety of magazines, press agencies and movie sets during the Cannes Festival or the Midem over a period of 10 years.

His images have been broadcast and published by Stills Photography agency, as well as a number of magazines like Starfix, City International, Côte Mag, Photographie Magazine, Vogue Hommes C.A., Globe, etc.

His portraits and personal photographs have been exhibited in France, at the Photography Museum, at the Haut-de-Cagnes Museum, at the Castre Museum, the Chapelle des Pénitents Blancs, at the Espace Niçois d'Art Contemporain, the Espace d'Art Contemporain Miramar, the Italian Consulate, and a number of galleries, including the Galerie du Château, the Galerie Art Sept, and the Galerie Frédérique-Anselme-Gaillot... His work has also been displayed in Finland and Hong Kong.

He is the winner of the Anankè International Photography Prize in 1993.

In 2005, he immigrated to Canada, towards Quebec. There, while continuing to his personal photography practice (portraits and landscapes), he published his first books as a writer. Picture books and young adult fiction, as well as poetry and short stories for adults.

In 2016, he published a book of interviews and black and white photographs with Anima Mundi Editions, Osteopaths, in which he took the portraits.

His latest work, a poetic tale titled Les poèmes ne me font pas peur (Éditions du Boréal), which roughly translates to “Poems Do Not Scare Me,” was pre-selected for the Prix des Libraires, or the Librarians’ Prize, in 2017 and was also a finalist for the Alvine-Bélisle Prize in 2016.

Laurent divides his time between Montreal and the Laurentians. His next exhibits with portraits of authors and artists will happen at the Maison de la Culture Frontenac from October 30th 2019 until January 12th 2020, and at the Maison de la Littérature de Québec in 2020. A book of recent photoportraits will also be published on October 30th 2019 by Éditions du Passage in the Collection "Autour de l'Art".

Note: There is another Laurent Theillet out there ! A namesake who is also a photographer, but who lives in France, in the region of Bordeaux.